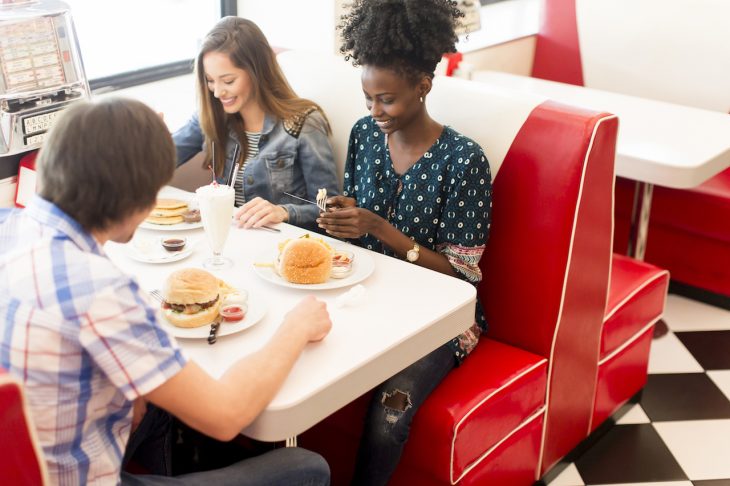 By: chadmorris
Read in 16 minutes

If you’re looking for the cheapest food franchises to open, it may be just around the corner—literally. And even better, you don’t need to be an expert chef to open one.

To open one of the best restaurant franchises, you can even start with a small budget. All you need is a passion for the brand and product.

A loan can help you! How to get a loan for your restaurant

What Is A Franchise?

In exchange for this license and the franchisor’s continued support, franchisees must pay an initial fee and, generally, monthly fees.

In the US, in 2020, approximately 750,000 franchise businesses were generating $670 billion and supporting 7.49 million jobs, according to Statista.

There are many different franchises, like food, car dealers, retail establishments, and many others.

The Restaurant Industry In The US

Restaurants are everywhere, from roadside diners to fine dining restaurants. They are an essential source of employment that helps stimulate the economy.

According to the National Restaurant Association, the restaurant sector is one of the largest employers in the country, with more than 14.5 million people working in these establishments.

Restaurants are one of the most popular industries to buy franchises. More than 30% of franchises are in the food and beverage industry.

This trend is not surprising since the food market grows around 4% each year. This explosive growth represents an excellent opportunity for potential entrepreneurs who want to open restaurants.

You can get a well-known food franchise at a very low price. These businesses generate huge sales, so the profit potential is high even if you pay less than $100,000.

The best thing about food franchises is that you can use a business model that is already successful. That way, you won’t have to worry about whether diners will like your concept.

In other words, the risk of failure is considerably lower.

Also, instead of starting your own business from scratch, you can use the knowledge and experience of the owners. They will teach you everything about their business model to be successful.

How Much Does It Cost To Buy A Food Franchise?

You have to pay a franchise fee plus other start-up costs to open any franchise. These include supplies, inventory, legal fees, insurance, and business licenses.

The total cost of opening one franchise versus another can vary depending on the company, region, and franchise fee.

To give an example among restaurant franchises:

Kentucky Fried Chicken charges a $45,000 franchise fee, which is on the high end of the low-cost range. But total start-up costs for a KFC location vary between $1.3 million and $2.5 million.

According to QSR Magazine, in return for this rather expensive up-front cost, the average KFC restaurant brings in over $930,000 in revenue per year. Whether these numbers make KFC the best restaurant franchise to own is debatable.

Other restaurant franchises come with lower fees. For example, Chick-fil-A charges just $10,000 for its franchise fee. And there are no start-up costs because the company pays them.

So what’s the catch?

Chick-fil-A franchisees must lease equipment from the company and turn over 50% of their pretax profit.

That obviously takes away a lot of money.

But per-store revenue averaged $4 million in 2017, making Chick-fil-A the most profitable franchise on a per-store basis. So despite its ongoing high cost, Chick-fil-A could very well be one of the best restaurant franchises out there.

So if you’re already a business owner wanting to expand, we can help you finance your business ventures. Apply for a small business loan!

You should consider one of these cheapest food franchises to open. They could very well be the best restaurant franchises available on the market currently.

Subway is an international fast-food sandwich chain that advertises heavily and brings in many customers.

It has more than 42,000 locations around the globe.

If Subway’s franchise fee is too much for you, you could buy a Quizno’s franchise instead. The fee is $10,000.

If selling sandwiches doesn’t spark your interest, you may instead find that an ice cream parlor may very well be the best restaurant franchise to open. The brand sells ice cream, cakes, desserts, and other ice cream-based treats.

Baskin-Robbins charges a franchise fee of $25,000.

But the average Baskin-Robbins franchise can generate roughly $360,000 a year in ice-cream sales, which should leave room for a decent profit.

With that performance, it could definitely be one of the best restaurant franchises to open.

But is it affordable?

This chicken restaurant serves fried chicken with a much lower franchise fee than KFC. They only started selling franchises in 2004.

Another global ice cream store on our list is Cold Stone Creamery. It makes its ice cream every day in-store.

As the name implies, this restaurant specializes in Mexican and Tex-Mex fare.

Financing assistance is available, and with the right profit margin, this one could turn into one of the cheapest food franchises to open. To capture average annual drive-thru sales of $430,000, you could buy a Scooter’s Coffee franchise. While the business offers a similar drink and food menu as the famous Starbucks, the entry cost is quite a bit lower.

While these numbers aren’t the lowest in the restaurant industry, they’re a bit lower than the cost required to build a Starbucks.

Not everyone drinks coffee, which is why a Dickey’s Barbecue Pit may very well be one of the cheapest food franchises to open.

And if you can learn to manage cash flow, you could turn a Dickey’s Barbecue Pit into a profitable business.

But health-conscious consumers may want to skip the barbecue and have a nutritious smoothie instead. That’s why you should also consider buying a Planet Smoothie franchise.

This is definitely one of the cheapest food franchises to open.

Everything you need to know about Best Buy for Business.

Apply For A Business Loan!

5 Benefits Of Starting A Food Franchise

Tips When Choosing A Franchise

Some people will tell you to look for certain qualities when finding the right franchise.

But the important thing is that you know what you are looking for and that it fits your wants, needs, lifestyle, and budget.

Before you decide, ask yourself some basic questions:

#DidYouKnow
Another low-cost option is to start a food truck, whose initial costs are not that high.

The Cost Of Running A Restaurant Franchise Can Be High

A restaurant’s start-up costs can be high.

Labor and rent can be high, especially in prime areas.

These can eat into your profit margins.

Fortunately, financial help is available if you need it.

At Camino Financial, we have different loan products that can help you strengthen your business, whether you are just starting out or have been operating for several months. What’s the Best Franchise to Own with a Small Budget?

With the proper financial assistance, it’s possible to get one of the cheapest food franchises to open.

A business loan with Camino Financial can give you the funds you need to take your franchise to the next level. And with our user-friendly online application, the process is fast and easy.

Many of our members are restaurant owners: we know the ins and outs of this industry like no other lender.

We provide you with the financing you need and a variety of specialized tools and resources that can guarantee the success of your restaurant.

Chad is a financial author with more than 15 years of experience as both an English instructor and an avid investor. He began teaching English as a Second Language in South Korea in 2003. Today, he regularly writes for financial advisors and investment-related businesses. He received his B.A. in Political Science from the University of Oklahoma. 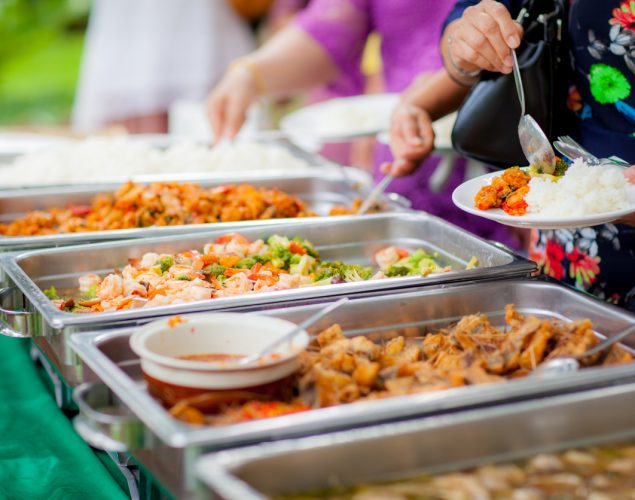 How to Start a Catering Business in 5 Steps

There are many reasons you may want to start a catering business. Maybe you are fresh out of culinary school and are looking for your first job. Maybe you want to expand your restaurant business and get some extra income. You may just have

Sole proprietorship vs. partnership is a debate that business owners have when choosing the best legal structure for their companies. Many small business owners face tough decisions when starting a business. Will they start the company 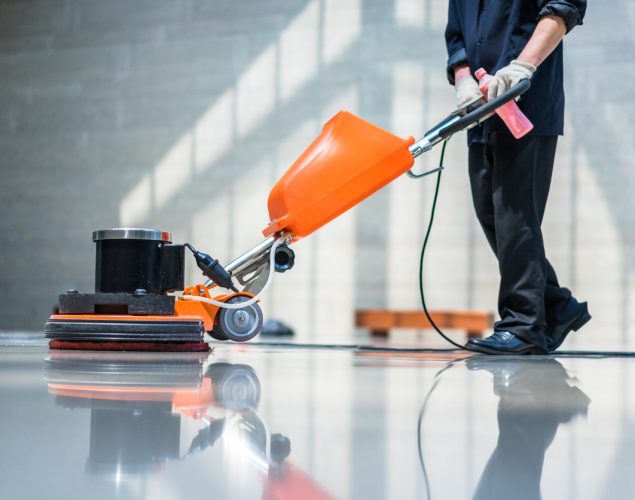 During these times, many businesses don't have the demand that they would during normal circumstances. But there are still many that could thrive. The cleaning industry is growing strong and could be the right option for you if you're The Most Profitable Recession-Proof Businesses to Start

Having recession-proof businesses is essential when starting your venture in these times. Did you know that only about a quarter of companies survive for at least 15 years? If you want to be part of that statistic, you should look into