By: camino-financial
Read in 19 minutes

What causes inflation? We all know what it generally means when inflation increases: higher prices for everyone. But why does this happen?

This guide will tell you everything you need to know about its pros, and cons, who benefits from it, and what you can do to get ahead of it. Keep reading to see how you can protect your family’s wallet.

Inflation is when the money you use loses its purchasing power. It means the dollar you used a few years ago won’t buy as much today. This usually happens when either the supply of money has increased or when prices of products surge.

Naturally, inflation has a terrible reputation for everyone from investors to policymakers to the average consumer. Just about everything rises in price, from gasoline to groceries to cars.

According to research by Penn Wharton, the average U.S. household spent $3,500 more to buy the exact same goods and services as it did in 2019-2020 due to inflation!

This is a real concern for most citizens because it means the money you’re saving right now won’t be worth as much tomorrow. It can lower your ability to purchase and even your ability to retire.

How Does Inflation Work?

Inflation is caused by the costs of normal goods and services continually increasing over a long period — it doesn’t happen overnight.

It’s also a bit more complex than just seeing prices rise. For example, let’s say you go grocery shopping and see a carton of milk for $2. Then next month, you come back to see it costs $4. This price jump doesn’t account for inflation alone, since prices and financial systems are in constant flux.

It’s not considered inflation by economists until there are rising prices across several different products and services.

How Does Inflation Start?

The costs of products and services have increased steadily in the U.S. every year since World War II, but that’s mostly because the economy has grown larger.

But several different factors drive prices and inflation up in the economy. And if we already know how it starts…why can’t we prevent it?

Let’s take a look at the causes of inflation.

Here are some of the most important factors that you should be aware of:

When the economy grows stronger and larger, unemployment typically drops, and wages rise. Because of this, more people find that their wallets get bigger. They are in turn ready to spend this newfound money on not only necessities but luxuries.

This creates a higher demand for products. That higher demand allows suppliers to increase their prices, which then leads to more jobs and more money in circulation.

When you look at inflation from this angle, it’s a good thing.

The Federal Reserve actually wants there to be some inflation (around 2%-3% in the consumer price index) as it is a vital sign that the economy is working well.

Let’s look at examples of inflation. Let’s say The Beatles are in concert. Because there’s a limited amount of seats and the demand for the show is much higher than capacity, the price of the tickets would skyrocket.

Cost-push inflation occurs when prices of goods and services increase because the cost of raw materials and labor wages goes up. These costs are usually passed down to the consumers through higher prices.

For example, let’s say that a car engine uses a very specific type of natural compound that is only found in one region in the world. If that region suddenly has a shortage of the compound, the price would rise significantly. Car manufacturers would in turn pass those price increases to customers.

Money supply refers to the total amount of money in circulation. If the supply of money increases faster than the rate it is being produced, this can also result in inflation. This is because there are too many dollars trying to purchase too few products.

Devaluation refers to the adjustment of a country’s exchange rate. This typically results in a lower value for a country’s currency.

This leads to the exports sent out by the country becoming less expensive, which encourages other countries to purchase more of these “sale-price” goods. Imported items for the devalued country also become more expensive.

Although rising wages might sound mostly positive at first glance, it can also add to inflation.

Wages are an extra cost for businesses. If those wages rise by a large amount, the businesses will have higher costs that they will either have to pass on to the consumer or make significantly less margins.

Economists are mixed on wage increase’s impact on inflation, though. Some believe that increased wages result in cost-push inflation because of the higher cost to run a business. Others believe that higher wages help increase demand, which offsets the rise in prices.

Government policies can also have a significant effect on inflation rates. For example, when the government reduces taxes for certain products, it can increase demand, which can lead to higher prices if there isn’t enough supply.

Another example would be something like building regulations or rent stabilization policies. These can pass on costs to residents and artificially lower the amount of housing available.

What Is Causing Inflation in 2022?

Then, the demand for activities for people exiting quarantine dramatically rose, such as traveling, flying, or attending sports and concerts. People armed with stimulus checks and saved money further increased prices.

On the other hand, the Ukraine-Russia conflict made the situation worse as oil prices soared to record heights, as well as other commodities like corn and wheat.

This “perfect storm” of events has caused one of the worst inflation rates seen in decades.

Advantages and Disadvantages of Inflation

Inflation has far-reaching consequences, both good and bad.

Let’s take a look at how they affect both the consumers and the economy as a whole.

Disadvantages and Consequences of Inflation

We’ve covered several reasons why inflation hurts the economy. Here’s a list of other disadvantages to inflation:

Additionally, high inflation can lead to a painful recession afterward, like what happened in the U.S. during the stagflation in the 1970s.

Inflation rising isn’t all bad. There are also some benefits of inflation, including:

On the bright side, inflation is still much better than deflation. A fall in prices can increase the debt burden and force people to spend and invest less. Deflation was one of the biggest factors of the Great Depression in the 1930s.

Who Benefits From Inflation?

While most consumers can’t expect any benefits from inflation, investors can actually benefit if they hold their assets in various markets that are affected by inflation.

Companies can also benefit from inflation if they charge more for their products because there is a higher demand for their goods.

Also, businesses can withhold supplies from the market on purpose, which would let prices increase to a level that they want them to. Basically, businesses can benefit from inflation with pricing power and the ability to increase their profit margins.

As a consumer, there are plenty of strategies that you can start implementing to protect yourself and your family against inflation. Depending on what you expect in the future, your strategy may change.

Let’s take a look at three things you can do to fight the effects of high inflation.

#CaminoTip
Here you can learn how to protect yourself against inflation and keep your finances safe.

Buy Rather a Than Rent

When there is high inflation, it usually favors owners rather than renters. When you rent your home, your landlord will most likely raise rent prices at the level of inflation when you renew your lease each year.

As a renter, your housing costs are vulnerable to changes during inflation. As a homeowner, your mortgage payments are typically fixed at a certain amount. Also, the value of your home will rise during inflation due to the cost of land, labor, and materials rising.

During periods of inflation, it’s typical for gas prices to rise (as you may have noticed recently). Try reducing your gas bills by getting a more fuel-efficient vehicle. You can lower heating and cooling costs as well by energy-efficient projects like sealing the doors and windows in your home.

As prices everywhere continue to increase, it can be tempting to use your credit cards for more of your expenses. But if you take on more debt, the Federal Reserve will likely raise interest rates to fight against inflation.

When Will Inflation Go Down?

There isn’t a crystal clear answer to when prices will go down. This largely depends on the biggest contributors to inflation, including the resolving of global supply chain issues and when the Federal Reserve’s increased interest rates finally slow the economy.

Some experts believe that inflation will drop just as quickly as it rose by sometime next year or the next few years.

Although we may have a tough time now, prices are estimated to go down by 2023 according to research by Morningstar.

Protect Your Business and Finances

That’s everything you need to know about the inflation causes.

Inflation can be a painful experience for both consumers and businesses, but know that there is a light at the end of the tunnel. By using smart financial decisions, your business can survive and come out stronger than ever on the other side.

If you’re looking to get a loan for your business with minimum requirements, apply now and get a free quote today!

Doing business in the digital age and having an online business has many advantages. You can fulfill orders in your jammies! You are living the dream! However, unlike the Mom and Pop ice cream store you went to as a kid, where the owners

Is It A Good Idea To Invest In The Stock Market?

Stock market investments have the potential to make you very rich. But if you invest in the stock market, you could also lose a substantial portion of your funds. Discover with this article: is it good to invest in stocks? Also, find 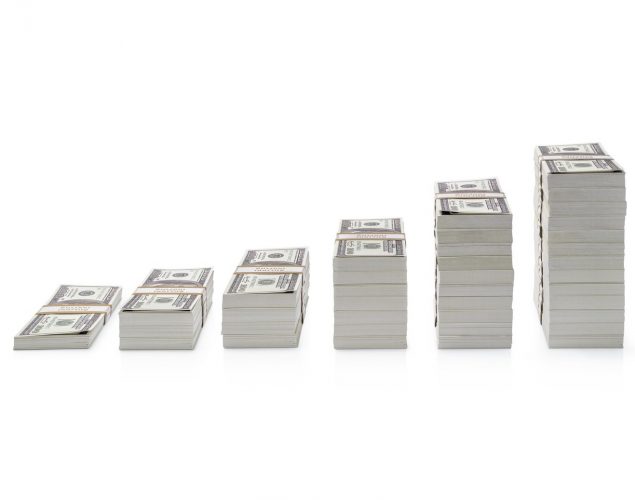 We all want to make our money grow as much as possible. Some invest in their business, others in stock, and many in bank accounts. One of the easiest ways to make money is by opening a compound interest account. With the power of