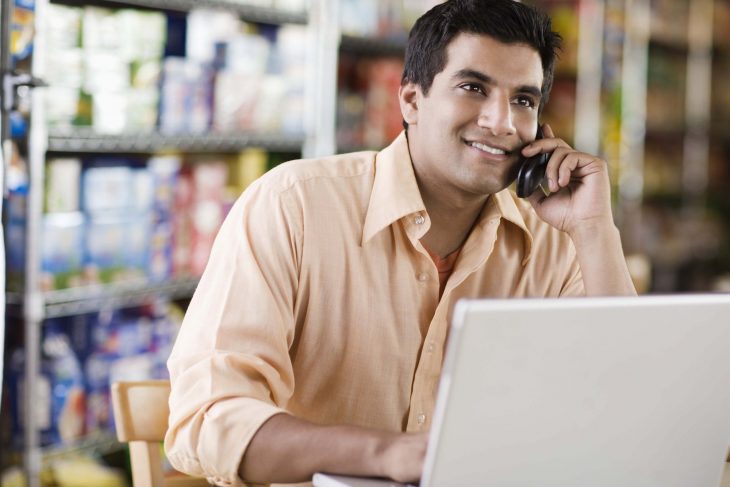 By: marnedo
Read in 9 minutes

You have served your country honorably and well. Now, you want to keep pursuing that American Dream by taking the skills of leadership and problem solving that you gained, and applying them to your own small business. You are going to be both a veteran and an entrepreneur! You certainly cannot be the only one; who are some of the dedicated men and women who came before you? And, what resources are available to you?

With an unemployment rate of 14% among Latinx veterans, finding steady work can often be difficult for Spanish-speaking men and women, upon returning home. Reasons cited for this include employers being fearful that National Guard members and reservists may be re-deployed, leaving the company short-staffed, along with the stigma associated with Post Traumatic Stress Disorder (PTSD). With the barriers facing Latinx veterans looking for civilian jobs, it is inspiring to know that there are a great many men and women who are living out the American Dream as entrepreneurs, and that there are resources available. In fact, the number of Latinx who became entrepreneurs after military service doubled between 2002 and 2007!

If you are environmentally conscious and looking for inspiration from someone who is on side of green entrepreneurship, then look no further than Graciele Tiscanero-Sato. Graciele is a highly decorated Air Force veteran, earning degrees from the University of California, Berkeley and Whitworth University in Spokane Washington, in Environmental Design and International Management, respectively.

Additionally, Graciele is the author of the 5-time award winning book, “Latinnovating: Green American Jobs and the Americans Creating Them”, which is the first book dedicated to highlighting the achievement and contributions of Latinos in the green economy. However, her authorship is not limited solely to achievements in environmental sustainability, as she also wrote the popular, best-selling children’s book, “Good Night Captain Mama/Buenos Noches Capitan Mama”, which is the first bilingual children’s book addressing why mothers join the military.

Between her writing and her speaking engagements, it is hard to believe that Graciela had the time to be the founder of the multicultural marketing and education firm, Gracefully Global Group, LLC, whose clients include Toyota, Hewlitt-Packard and the National Society of Hispanic MBA’s, among others. Additionally, her thought leadership pieces have been published throughout the United States and Europe, including Environmental Leader, Hispanic MBA, and Communication News. Graciela also serves as a contributing writer to The Huffington Post.

Graciela Tiscanero-Sato is only one example of a Latinx veteran who has been able to leverage her skills and leadership abilities into a successful business. And, if you think that she’s the only one whose entrepreneurship is dedicated to energy conservation, did you know that July 11th through July 19th is Latino Conservation Week?

For Tom Perez, the aforementioned stigma of PTSD was what was holding him back from landing a position with a civilian police department, despite years as a Master of Arms, or police officer in the United States Navy. Having earned a business degree while in active duty, Tom was able to find other options.

Boost-A-Hero, a crowdfunding platform, helped Tom buy and open a Meineke franchise. He has found that running a franchise allows him to continue to engage his military sensibilities of hard work and discipline. Mark Mohler, Boost-A-Hero’s founder encourages veterans like Tom to pursue entrepreneurship, as he knows how valuable their skills are, despite traditional employers sometimes being unsure of how to translate them.

Tom was able to raise over $10,000 via Boost-A-Hero by posting his video on Sprigster to help launch his franchise. Tom found additional satisfaction in buying into a franchise that was a known entity, rather than starting something completely from scratch and the security that comes with that. He sees it as the best of both worlds: his Meineke shop is his small business, that allows him to adhere to his work ethic of getting the job done and utilize his leadership abilities, while easing some of the stress of branding and carving ones spot in the marketplace.

Another success story from the Boost-A-Hero program is Evette Soto, who served 20 years in the Navy. Upon leaving active duty, Evette began working in real estate so she could take classes in her true passion: interior design. She was able to raise enough money via Boost-A-Hero that is now a hospital and healthcare interior designer, counting even the Department of Veterans Affairs among her clients.

B3 Before All Else

In 2015, William “Bud” Almas was named the Hispanic Vetrepreneur of the Year by National Veteran-Owned Business Association (NaVOBA) in partnership with Johnson & Johnson. Bud is the owner and CEO of B3 Solutions, a Jacksonville, Florida-based management consulting firm, which he founded in 2003 after serving in the Arm, and now boasts a workforce that is 35% veterans.

Bud credits his military experience in being able to now effectively contract with the United States Army on various contracts, and remains steadfast in his commitment to employ and provide opportunities to fellow veterans.

Jessica Morel was named a Hispanic Vetrepreneur of the Year finalist in 2015 as the owner of Tri Freedom Real Estate Partners in Arizona.

After serving eight years in the United States Army Reserves, also working as a postal carrier and 3rd grade schoolteacher. During her time as a reservist, she was deployed to both Iraq and Bosnia. Leveraging the solid work ethic that the Army helped her develop, she began Tri Freedom Real Estate Partners and remains actively involved with veterans services, including serving as a National Board Member for the Veterans Association of Real Estate Professionals. Additionally, Jessica and Tri Freedom Real Estate Partners are committed to offering both active duty and retired military services, with every member of her team having completed the Military and Veteran Housing Certification.

After 26 years in the Marine Corp, Roger Reyes turned his extensive military experience into his company, SDV Recon, a successful aviation supply company. Roger prides his success on knowing how to build a good team of smart, hardworking individuals. Much like he was dedicated to taking care of his troops, while an active duty Marine officer, now as an entrepreneur, he is dedicated to taking care of his employees.

Based in Pompano Beach, Florida, SDV Recon is a government and corporate contractor that specializes in providing and moving aerospace parts around the world. Reyes credits his training and education that was provided by the Marine Corp in giving him both the technical and leadership skills needed to run a successful business. In only six years, Reyes has grown his company from the ground to being a $26 million enterprise.

If you are interested in additional resources from which Latinx veterans can benefit in their entrepreneurial efforts, explore the Department of Veterans Affairs, the Small Business Administration and various crowdfunding platforms such as the previously mentioned Boost-A-Hero.

On the surface, it may seem that being a both a veteran and a minority would work against you in your quest to become an entrepreneur. However, with the increasing number of resources available the paths that were paved by the men and women who have served both their country and the Latinx community, you are only steps away from being named the next Hispanic Vetrepreneur of the Year! 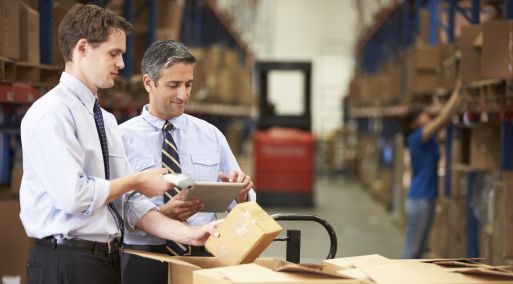 How To Transition A Family Business Smoothly

Transferring a successful business from one generation to the next involves a lot of planning, training, and legal expertise. From dealing with the personal issues that will arise out of changing ownership (they will) to the estate, tax 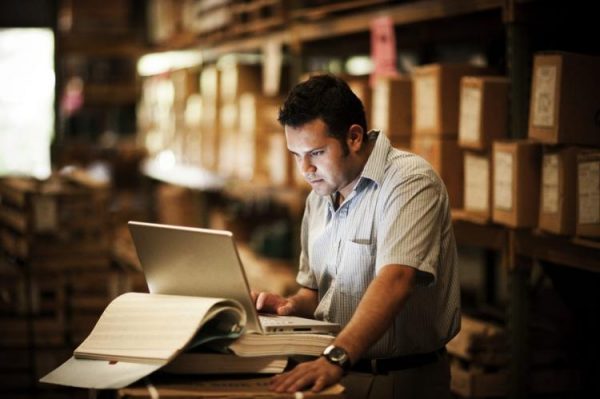 How to Prepare For a Change in Leadership

You have spent your time, your money and an enormous amount of hard work building a business from the ground up. You took the steps and followed through, now you have a business worth lots of money and want to be able to pass it down to 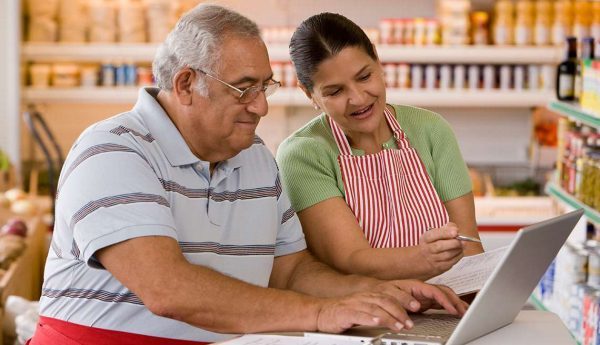 4 Reasons Your Business Should Embrace Technology

The success of a business is reliant on many factors. In today's world, countless technologies exist that help improve exposure, encourage communication, and can cater to specific needs. Above all, technology empowers business owners to 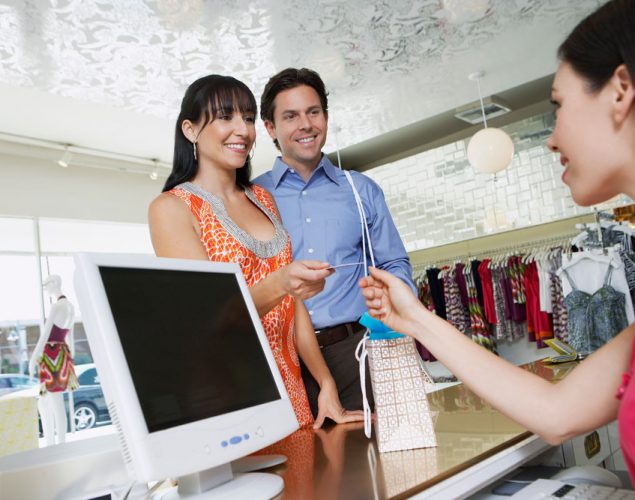 How to Find and Retain Customers

What do you think costs you more: to find new customers or to retain existing ones? The answer is pretty obvious. Actually, to get new clients, it could be from 6 to 7 times more expensive than to retain customers. But, why is that? First