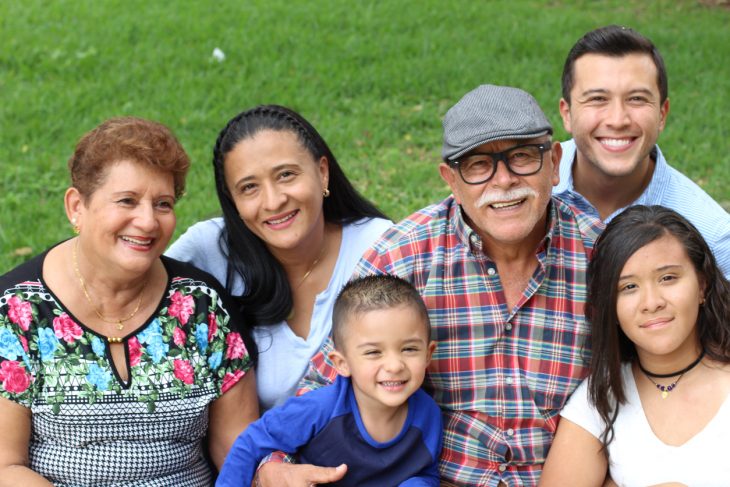 By: adinaa
Read in 18 minutes

Do illegal immigrants pay taxes in the U.S.?

If you are an immigrant, that’s a very valid question.

Illegal Immigrants can pay taxes in the U.S. However, it is necessary to understand the pros and cons of filing taxes as an immigrant.

The Federal Government specified that paying taxes and filing a tax return is necessary for all U.S. people working and having an income. It is of high importance, regardless of the person’s immigration status.

It is common for undocumented immigrants to believe that if they file taxes, they will fall under the radar of immigration officials and get deported.

However, there are privacy protections under current law that keep tax information private from immigration officials.

This makes it reasonably safe for undocumented immigrants to file taxes with an Individual Tax Identification Number (ITIN Number) unless the law changes.

Here, you’ll get all the answers you need about filing taxes for illegal immigrants, and learn if undocumented immigrants pay taxes and how they do it without an SSN.

#DidYouKnow
According to the Tenement Organization, the population of immigrants and their American-born children represent a staggering 86.4 million in the U.S. 49% of them represent naturalized citizens. Another important fact: In 2010, three million unauthorized workers filed taxes. What Are The Benefits Of Filing Taxes For Undocumented Immigrants?

First, filing taxes benefits immigrants because it allows them to comply with the law requiring that all individuals who earn wages file taxes to the federal government.

2. It can help in an immigration court

Next, filing taxes helps undocumented immigrants because it allows them to build a record of their history paying taxes for several years in the U.S., which can be helpful for immigration reasons.

If a person ever has to go to immigration court, showing an immigration judge that they have been paying taxes could be beneficial.

This is because, in immigration court, immigrants must defend against deportation. Undocumented immigrants pay taxes to get different benefits in the future-

Several types of defenses require the immigration judge to use their discretion to determine if the person warrants relief from deportation, which involves looking at all the positive and negative factors in someone’s life to decide whether they should be able to stay in the country.

For example, having a record of paying income taxes can help show that they are a responsible and contributing member of society with strong equities.

This type of evidence can help persuade an immigration judge to exercise their discretion to grant someone a defense to deportation in an immigration case.

Filing taxes has many benefits for undocumented immigrants in the U.S.

3. For when you change your status

Filing taxes can also be helpful if a person is applying for a green card to become a lawful permanent resident or to naturalize to become a U.S. citizen in the future.

For example, a person can include copies of their tax returns in their green card application or naturalization application.

A history of tax filings will also provide an immigrant an official record to help show that they qualify for any potential immigration reform that may be present in the future.

Showing copies of tax returns that a person has filed can help a person show a “paper trail” to establish they were living in the country during specific important dates.

Some of the proposed legislation for immigration reform that Congress has considered in recent years has also included provisions that immigrants have paid taxes as a requirement to obtain status.

For these reasons, there are many potential immigration benefits for non-regulated immigrants to file taxes. Another advantage is to start or continue investing as an immigrant. Learn here how to file taxes for your small business

How Can An Unauthorized Immigrant File Taxes With No Social Security Number?

Only some groups of immigrants qualify for an SSN, depending on their circumstances:

What is an ITIN?

An ITIN is a nine-digit tax processing number that the IRS issues to a person to pay federal taxes.

The IRS issues ITINs to people that need a similar document to the SSN. The U.S. government’s tax agency, the IRS, gives ITIN numbers to foreign nationals working in the U.S. and paying taxes.

This is how many undocumented immigrants pay taxes to the government.

You can also use ITIN numbers for other purposes.

For example, with an ITIN, an undocumented immigrant will have an identification number that may help them to establish their identity to apply for a bank account, credit card, business loan, or mortgage.

Bear in mind that an ITIN does not authorize a person to work in the U.S legally. Learn 5 things you could do with an ITIN number.

Among the essential aspects of having or requesting an ITIN is applying for loans!.

Apply For A Business Loan!

When and how do you file an ITIN?

Undocumented immigrants can apply for an ITIN by filing federal taxes. In other words, using for an ITIN and filing taxes is possible to complete at the same time. Remember, federal taxes are generally due April 15th every year.

5 steps to apply for an ITIN Number Can An Undocumented Person Get Immigration Officials’ Attention By Filing Taxes With An ITIN?

Generally, it is currently safe for undocumented immigrants to apply for ITINs.

There are strong privacy protections that prohibit the IRS from disclosing taxpayer information.

There is also a clear separation between the federal government’s immigration agency (the U.S. Department of Homeland Security and the Immigration and Customs Enforcement or ICE) and the government’s tax agency, the Internal Revenue Service (IRS).

However, considering some administrations may change the current processes or systems. , it is essential to think through the benefits and risks of filing taxes.

There is no guarantee that unauthorized immigrants would never face immigration consequences due to filing taxes in the future. For example, if the laws change in the future, there could be potential risks.

It is worth noting that the U.S.’s immigration and tax laws have different focuses.

The IRS’s purpose is to collect taxes and encourage people to continue filing taxes. Therefore, from the IRS’ perspective, it does not matter if a tax filer has a legal immigration status or not.

While ICE’s mandate is to carry out deportations of undocumented immigrants, the IRS does not share information with ICE under current law.

As explained by the Bipartisan Policy Center, “Addressing these conflicting interests would require legislative change and implicate millions of taxpayers, which means the current state of affairs will likely prevail for the foreseeable future.”

According to the Bipartisan Policy Center, the tax information of undocumented immigrants who file taxes through an ITIN is:

Legally protected under privacy laws and it is not allowed to share with the Department of Homeland Security or Immigration and Customs Enforcement.

Thus, an undocumented worker can obtain one without fear and knowing the information is not shared and is not used to find and deport them.

While this disconnect is a source of ongoing tension between the agencies, sharing this information would require legislative action—either a new law or an amendment to the Immigration and Nationality Act. Why would an undocumented immigrant consider filing taxes if there is a potential risk?

At the end of the day, if an undocumented immigrant files taxes with an ITIN instead of a Social Security Number, it could be a signal to the government that they do not have immigration status.

While the government doesn’t use that information to deport immigrants currently, we don’t know if that could change in the future.

However, we know that change would require Congress to pass a new and drastic law, which currently looks pretty improbable.

As described above, there are advantages to filing taxes for unauthorized immigrants, such as supporting a defense to deportation in immigration court. Also, it can help with getting status through potential immigration reform in the future.

However, it is ultimately up to each person to weigh the potential benefits and potential risks of filing taxes. Therefore, only each individual can make the right decision for themselves.

The benefits of having an ITIN number and paying taxes are more significant than the risks. For example, getting a small business loan would be impossible to receive in a bank.

What Happens If An Undocumented Immigrant Uses A Fake Or Someone Else’s Social Security Number?

Employers are legally responsible for hiring individuals authorized to work in the U.S. However, according to the IRS, employers can face stiff monetary penalties when they fail to follow immigration and taxation guidelines.

At the time of employment, an employer verifies a person’s eligibility to work in the U.S. by filing Form I-9 and getting a copy of the employee’s social security card.

Employers that hire undocumented immigrants pay them wages and deduct federal and payroll taxes, which they deposit and report to the Social Security Administration and the Internal Revenue Service.

If the social security number doesn’t match the employee’s name on a W-2, one or both agencies notify the employer. The employer can either correct the error or be subject to civil penalties.

Undocumented immigrants should not use a fake number or someone else’s social security number. If convicted of identity theft, they could face jail time, deportation, or jeopardize their future legal status. Foreign-born individuals who do not have valid immigration documentation and undocumented immigrants may be eligible for benefits in 26 states.

For example, they may receive healthcare assistance through New York’s Safety Net Assistance or California’s food and cash assistance programs.

Undocumented immigrants may be eligible for benefits that protect their lives, such as:

Undocumented immigrants may also be eligible for

#DidYouKnow
Non-profit charitable organizations are not required to verify the immigration status of individuals they serve.

What Federal Benefits Undocumented Immigrants Are Eligible For?

For some undocumented workers, the benefits and the importance of filing taxes are of low significance compared to the potential risks.

In addition, illegal immigrants assume that the current law that maintains privacy over people’s IRS tax information and keeps that information separate from immigration officials could change in the future.

For others, however, the risk may be too small. They don’t want to give up the chance to develop evidence that could help them in immigration court if a positive immigration reform ever happens in the future.

The vast majority of immigrants pay taxes hoping that doing so could help them become U.S. citizens. Also, it is important to note that illegal immigrants pay social security payroll taxes but are not eligible for benefits.

At Camino Financial, we don’t just offer business loans; we want to provide you with a whole educational experience to make your business thrive in the U.S.

You can receive, directly into your email, tips, tools, valuable information on finances, and the latest trends in business. How? By subscribing to our newsletter.

Small Business Laws: Federal Government Regulations to Be Aware Of

Small business laws are the federal regulations that govern your state, and if you are thinking of becoming a business owner, you must know them. Avoiding receiving a court summons is easy when you know what the laws are. Remember 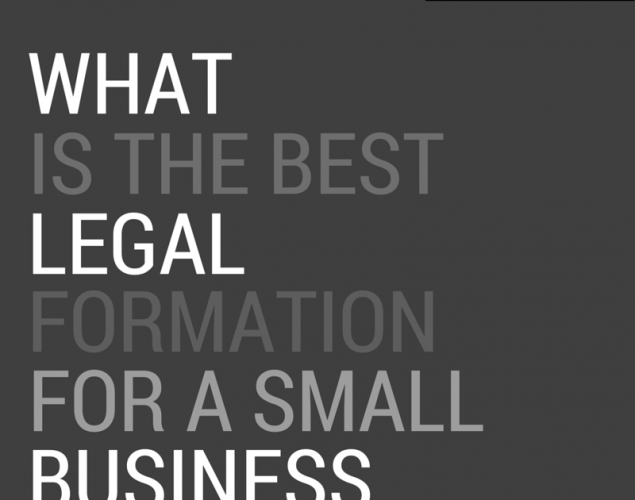 What Is The Best Business Structure For A Small Business? 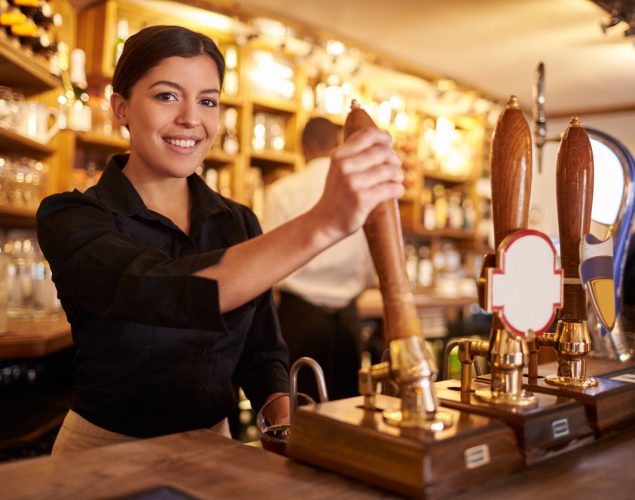 How To Get A Liquor License For Your Restaurant 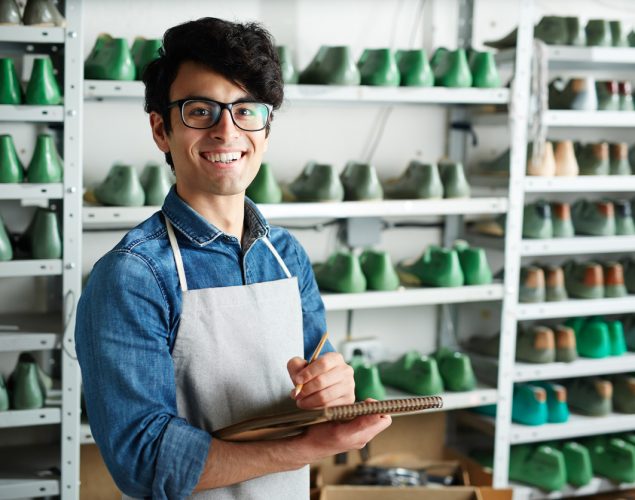 Structuring a Business: What Is a Disregarded Entity?