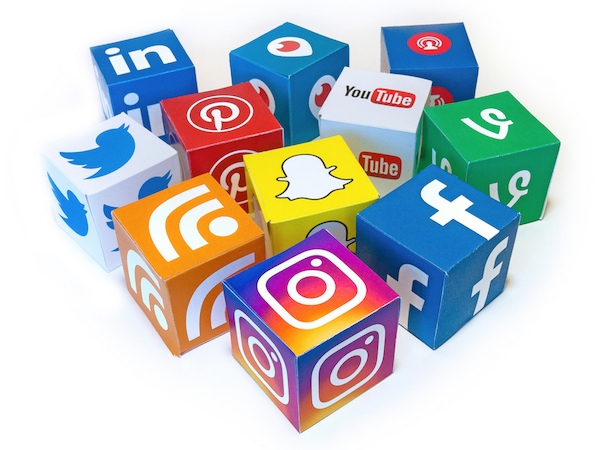 By: sgarcia
Read in 9 minutes

Social media marketing: some can’t quite figure it out, while others have mastered the art of connecting. This is the reason why many companies have dedicated social media teams or hire a social media agency.  Two decades ago, “social media specialist” would not have been a job description, now it is — and it’s an important one, too. In addition to engaging with current and potential clients, consumer and B2B purchases are highly influenced by social media content, which is why a social media campaign is a great aid to small business owners. Don’t have the budget to hire a specialist? No need to fret. Luckily, the internet offers loads of information on effective social media campaigns, including some of the best ones detailed below.

Do more to help others. Remember summer 2014 when folks on every social media channel were launching buckets of water and ice over their heads? It’s hard to forget — and that’s why it was a successful social media campaign. The ice bucket challenge was created to raise awareness for ALS association. More than a mere social media challenge, the philanthropic mission behind the campaign fostered a sense of community among the reported 17 million people who participated. From a marketing perspective, the campaign made a lasting impact by increasing the ALS Association’s social media mentions by 51%. Not to mention, the ALS Association received  $115 million in donations. Talk about a cool campaign.

The takeaway: people like to feel like they are a part of something greater, and something that is helping others. Help them do that!

2. Give Them Something to Laugh About — Chatbooks

If your company is keen to a lighthearted laugh, Chatbooks’ YouTube video is a must-see, as well as a must-learn-from. Just last year, Chatbooks, a Utah-based photo book service, garnered a lot of attention by posting a YouTube video about an uber-relatable busy mom of three, who struggled with making the most of out photo memories, among other things like keeping her children alive. In the video, the mom is seen talking about the benefits of the app as well as actually using it. The result? 9 million views on YouTube and likely a huge increase in app engagement and new users.

The takeaway: multimedia business marketing endeavors don’t have to break the bank; they can easily be executed using a smartphone, computer camera or other resources already at hand. More importantly, in today’s digital age, videos have the power to build a company’s character and voice. Whether it’s a product or service, companies want to be sure to offer their clients more than words on a screen.

Establishing what makes a company different from the rest goes a long way. A while back, popular food chain and Mexican restaurant, Qdoba devised a way to help build community and make their followers truly feel like they had a voice. They created a campaign where followers had the opportunity to vote for their favorite queso; only one would make the cut, and get a permanent spot on their menu. Qdoba did this in real time, meaning the users were able to monitor the polls as fans continued to vote, which was a huge differentiator between how other companies were engaging with their audiences at the time. Building a sense of suspense and excitement resulted in a whopping 30,000 votes.

The takeaway: learning from the rewards of other campaigns, but adding one’s own company’s signature touch is what will skyrocket user engagement and attract more customers in real life.

Your company is exceptional; show it off. In 2016 NASA literally headed out of town and into space. Astronaut Scott Kelly and his Russian colleague, Cosmonaut Mikhail Kornienko, set out to record what effect long exposures in outer space, in this case, one year, had on the human body. The mission was especially successful because Kelly had an identical twin brother waiting for him back on earth who helped facilitate this comparison.  Boasting an already established presence on social media, NASA kept followers in the loop using the hashtag #AYearInSpace and Kelly constantly updated various social media channels and even hosted Facebook Live Sessions. Needless to say, NASA garnered thousands of new followers and the administration peaked folks’ interests about remarkable things that are occurring quite literally, out of this world.

The takeaway: although a small business team cannot pack their bags and answer emails from space, they can engage audiences by offering a sneak peek of the day-to-day tasks and exciting advancements taking place within the company.

Double-stuffed, mega-stuffed or no stuff at all? After a century of selling cookies, a brand has got to catch on to something. Three years ago, that something was the myriad of ways folks love to eat, but more importantly, the different ways folks eat oreo cookies. During a social media campaign specifically designed for Vine (but later went on to become a web series) Oreo encouraged their followers to engage by posting images of how they consume the product using the hashtag #OreoSnackHack. The company capitalized on the product experience and was able to attract more followers through the persuasive power of food.

The takeaway: encouraging your audience to share a unique experience regarding your service or product can help garner more attention to your company while simultaneously allowing you to see client engagement from their own perspectives.

This is the ideal campaign for those seeking to transform their company image from a less favorable one to a positive one. After healthcare.gov first launched, users gave it mixed reviews due to its constant malfunctioning. The White House resorted to one of the most influential social channels: twitter. Using the hashtag #GetCovered followers were encouraged to share their positive stories regarding health care coverage.

The takeaway: Although this campaign poses certain risks, on a case-by-case basis, it could offer a beneficial change in company perspective among users and followers.

A bad social media campaign many times is a no-brainer to everyone except for the team who strategized it. It’s safe to say that staying away from oversimplifying complex subjects such as “Why It’s Good to Be a Girl” behooves all companies. Vera Bradley made this mistake in 2016 and it did not go well with 21st-century women. The beauty brand Seoul Secret release a campaign called “White Makes You Win” to promote skin-lightening cosmetics. Let’s just say that brand has much reworking to do.

The takeaway: to avoid mishaps like these, the social media strategy process should include input from people on all different walks of life, particularly if a product or service is being catered to a wide demographic.

Suanny is a dynamic and creative public relations professional and published writer with three years of combined experience in the public relations and editorial industries. Her freelance work has appeared in El Nuevo Herald, Eater Miami, Venue Magazine, Where Magazine, and Ocean Drive. 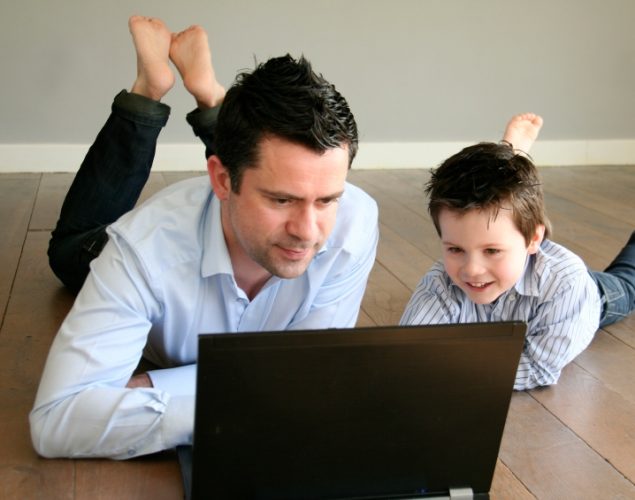 5 Steps to Align Your Personal Brand With Your Business

If you think of your personal brand at all, you probably consider it a separate entity from the business you run. But in fact, both matter - and both are intimately connected. Especially if your business is just starting out, your personal 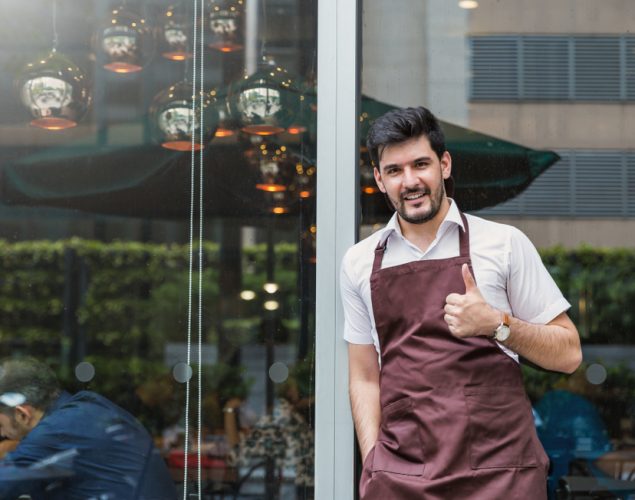 Keys to a Successful Small Business

You have the idea! Something so brilliant that you will be sure to be the next Steve Jobs or Mark Zuckerburg. The only catch is that you don’t know much about how to build a successful small business. While certainly a lot of work, time 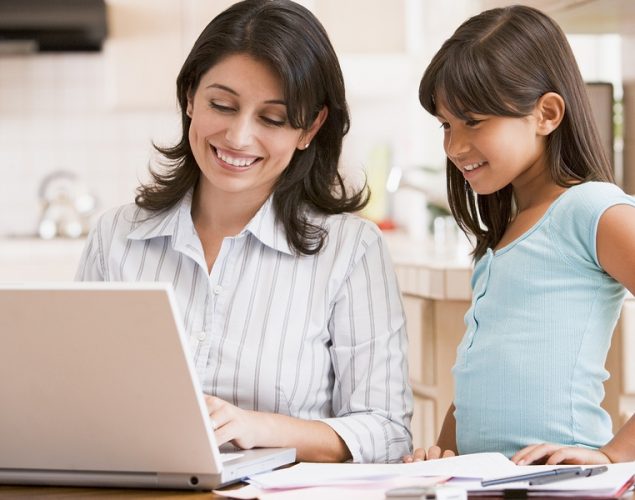 Let’s face it, our moms can do anything and everything! Do you wear Coco Chanel? Do you use Estee Lauder, Stila or Bobbi Brown cosmetics? Do you read the Huffington Post? If you answered yes to any of these, then you are benefitting from 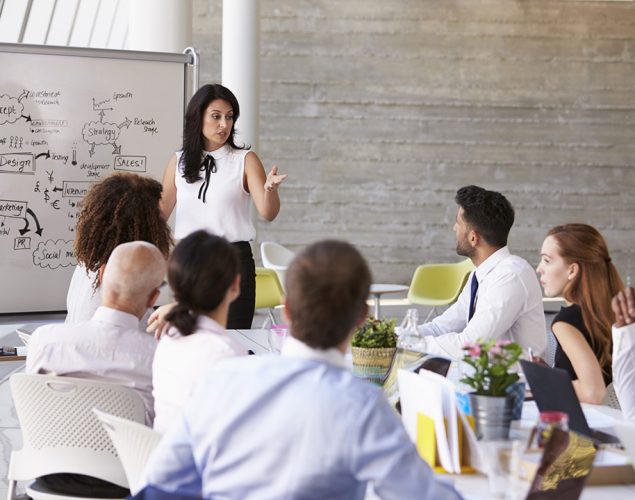 21 Tools To Help You Grow Your Small Business

Running a small business is just as complicated as running a big company, even if you may not initially think so when starting. The key is to buy digital tools that can keep things running optimally. Many of these tools offer automation,