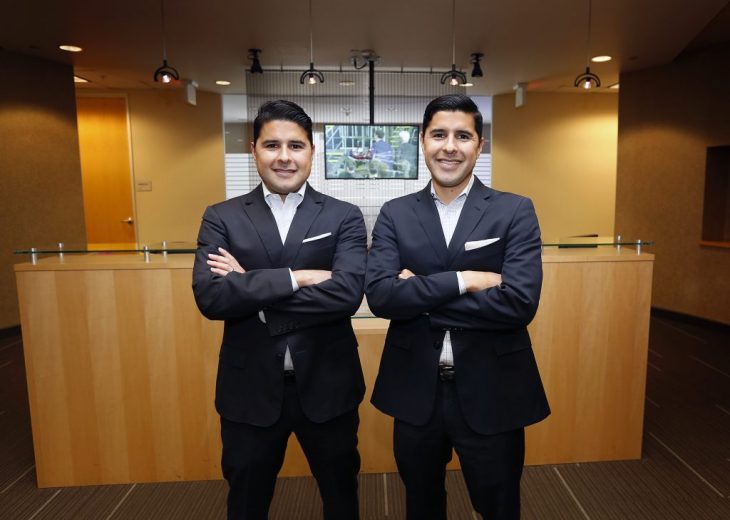 By: marnedo
Read in 8 minutes

There are those that view difficulties as insurmountable barriers. Others view them as opportunities to reach further or differentiate themselves from the pack. For the latter, you have to possess a distinct set of capacities like devotion (verging on obsession), hard work, confidence, vision, character, and a high level of optimism.

Sean and Kenny Salas belong in this second group.

Born in Los Angeles, these twin brothers (aged 31) are co-founders of Camino Financial, an online credit marketplace that helps small businesses—who generate between half a million and five million dollars annually—find the most affordable business loan.

This startup focuses on providing access to capital to Latino entrepreneurs that do not qualify for bank loans (or venture capital) due to a limited credit history or simply not satisfying the requirements these financial institutions have. Camino Financial does the credit underwriting, for which they assume a certain risk. The good news is that until now, there have been no defaults. All loans issued during the last two years have either been paid or continue to be paid regularly.

“How to Get Startup Funding?”, Learn more about funding your business

The co-founders of Camino Financial know the difficulties and challenges facing Latino entrepreneurs because they have lived them firsthand.

The brothers’ mother, María Salas, a Mexican that settled in Los Angeles, put her entrepreneurial spirit into play at an early age. She started her first business when she was 21 years old, and although she had no experience as a cook, she ultimately opened up to 30 restaurants that allowed her and her six children to have a comfortable middle-class life in Los Angeles.

Resources to Properly Grow Your Business

Although she’s a talented woman, noted Sean, the business came crashing down because she could not maintain it nor did she have the resources to properly grow. “It’s a common story when small businesses begin to grow,” he explains.

After this setback, notes Kenny, their mother decided to return to Mexico and brought them along. They were 12 years old. “For us, it was a transition. We understood Spanish but we neither spoke nor wrote it fluently. We went from a comfortable life in Los Angeles to a very modest life in a new country.”

It was, explains Kenny Salas, “a great experience for building character. Sean and I have very good memories that serve as motivation. Also, we love Mexico. My mother married an Argentine at that time who was very disciplined. He really helped us to pursue our dreams. She has been our inspiration, and he, our coach.”

“The #1 Practice You Need to Succeed”, and to build Character

When they finished high school, the Salas brothers asked their parents for a bus ticket to Tijuana and money for a computer. With that, they returned to Los Angeles (where they still had family) and ultimately enrolled at Berkeley, one of the most prestigious universities in the country. 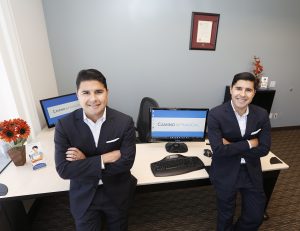 “Initially we didn’t want to go to Berkeley because we thought that it was going to be too expensive, but one of our cousins advised us. He said we should apply and could also qualify for scholarships because we fit the profile. That’s how we got our scholarships. We also worked between 15 and 20 hours a week to pay for our studies.”

At Berkeley, both brothers became culturally aware of their mother’s efforts, their upbringing in Los Angeles, and their attendance at a university where they were among the few that descended from Mexico. They felt very American, “but when we went to Mexico we felt Mexican and when we came to Berkeley we began to understand the emerging Latino sentiment.”

Kenny says that both he and his brother are very proud and grateful “for the level of support that we’ve received for being Latinos.” The Latino student associations “catapulted our internships in Wall Street (which allowed us to work in investment banking and private equity) and our entry to Harvard Business School,” he says.

“The greater portion of scholarships came from organizations that focused on Latinos and we received a ton of support from the community. We want to return and share the experience and education that we’ve gained.”

The Idea to Help Small Businesses Is Born

Working in risk capital, including focusing on communities with many needs, the brothers discovered the limitations of that model, which opted to serve big business. “I wanted to help businesses like my mother’s,” said Sean. That was his initial project to gain admission to Harvard Business School. Kenny also went to Harvard Business School and finally joined his brother’s venture, which gained entry to a business accelerator that gave them access to business contacts and an initial $750,000 of funding. 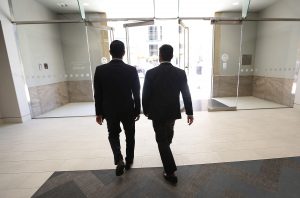 Kenny (left) and Sean Salas at the Camino Financial headquarters in Glendale, CA

In May of 2014, they created Camino Financial, based in Glendale, California. They have 10 employees and 2 consultants. Roughly 1,000 people have sought their services and they’ve helped about 300 of them with small loans totaling three million dollars.

“It took us 18 months to get to our first million,” said Sean, “and 4 or 5 months later we got the next $2M. Our goal is to originate $20 million this year. It’s a modest number because we are still a startup and it’s best to do things well.”

The Salas brothers are completing their second round of funding for two million dollars to fund a business that they estimate will be profitable in two or three years.

Camino doesn’t loan directly but is instead partnered with distinguished lenders. They then take a commission from the loan originated. They ensure that the business credit is in order, but since many Latinos have a poor credit history or past credit issues, they analyze more than just your FICO score (620 and above). They also analyze your taxes, bank statements, and even your social media presence.

Loans are for small amounts, about $50,000 on average, with interests that vary depending on the risk, but which do not go above 25%.

“We also want to educate entrepreneurs, because capital in isolation is not the solution. Our mother took expensive loans and her business crashed. Many of our clients are motivated but still need direction,” remarks Kenny.

This article was originally published in Spanish by El Diario NY and is here translated into English by Camino Financial. 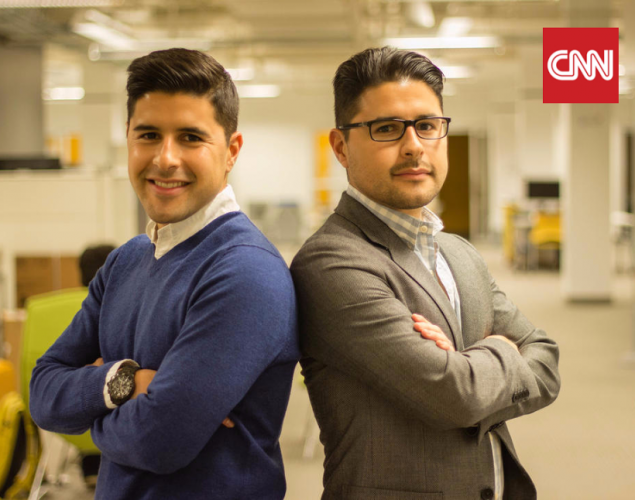 Sean Salas, co-founder and CEO of Camino Financial, had the great pleasure to speak with CNN Money about the services and education the company offers small businesses. Since the recession of 2008, year after year, banks have offered 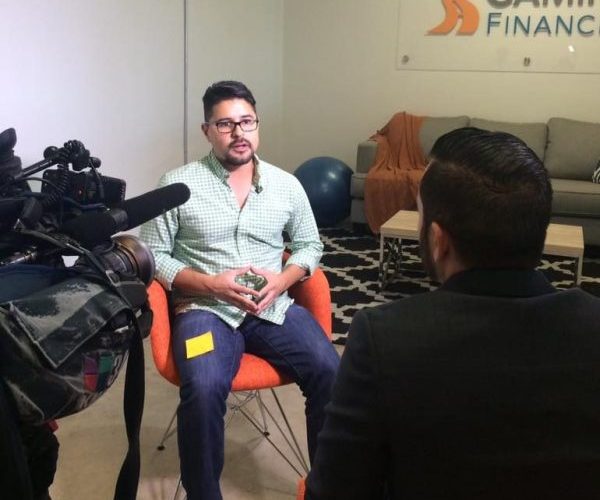 Millennials are more risk adverse and less prone to starting their own business's than older generations. However, Latino trends show the contrary. In fact, Latino entrepreneurs have filled the entrepreneurial void in the U.S. 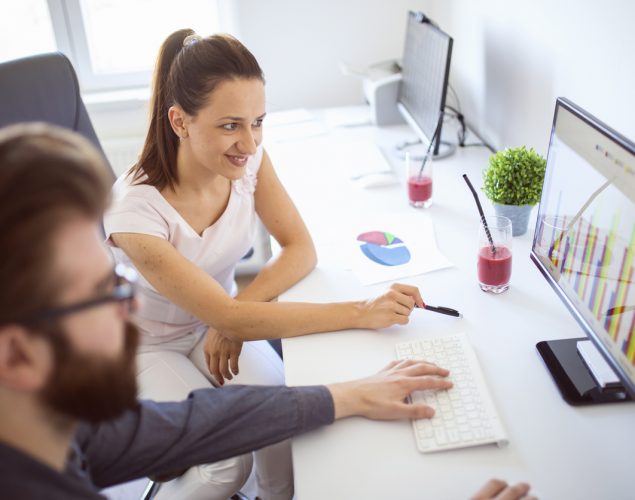 Many different government organizations and trade groups collect information from small businesses regularly. The details that they gather are compiled to prepare small business statistics.  What can you learn from this data? Small 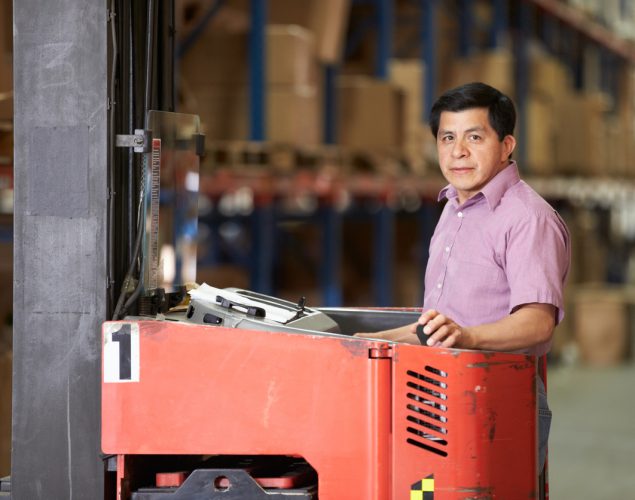 What to Do if Immigration Agents Come to Your Business

As an undocumented immigrant and small business owner in the U.S., the thought of immigration officials coming to your business can be terrifying. What should you do? What rights do you have as a business owner? What are the rights of your